I got to speak with one of our latest 25,000 BetterPoints winners recently, Eve from Glasgow. A friend had told her about the app around 18 months ago but due to her fibromyalgia flaring up and diabetes, was not able to get out much at all. Then the pandemic and resultant lockdown hit - she was shielding, and so not being her usual active self. But once the restrictions started to ease and she was feeling better, she downloaded the app three months ago.

"Initially I gave myself a target of 6,000 steps each day to start off with as 10,000 was not always manageable. But once I was consistently hitting this target, I would raise it incrementally. I would walk outside for 10 minutes twice a week, then three times... Then would up the time I was outside by five minutes, until it got to the stage where I was walking for an hour. The next challenge was to do two walks in a day, the first being in the morning and doing around 12,000 steps, then the evening one aiming for 4-5,000 steps.

I also fell off my bike last week so I will rest up first and then start to get mobile again by doing similar adjustments as before - short 15 minute walks then increase over time till I can manage  2 x 30 minutes per day, or longer if I'm able to."

She is a volunteer for the NHS, where she assists patients as well as visitors to the new QEUH. So would get plenty of walking in during the day as she would help people access the clinics and facilities of the much larger maze-like hospital. In addition to this amazing work, she acts as a Kiltie - where four times a year during the Kilt Walk, she would cheer on participants, hand out food or give out the medals. Eve has shared some brilliant photos from her latest round of Kiltie duties. 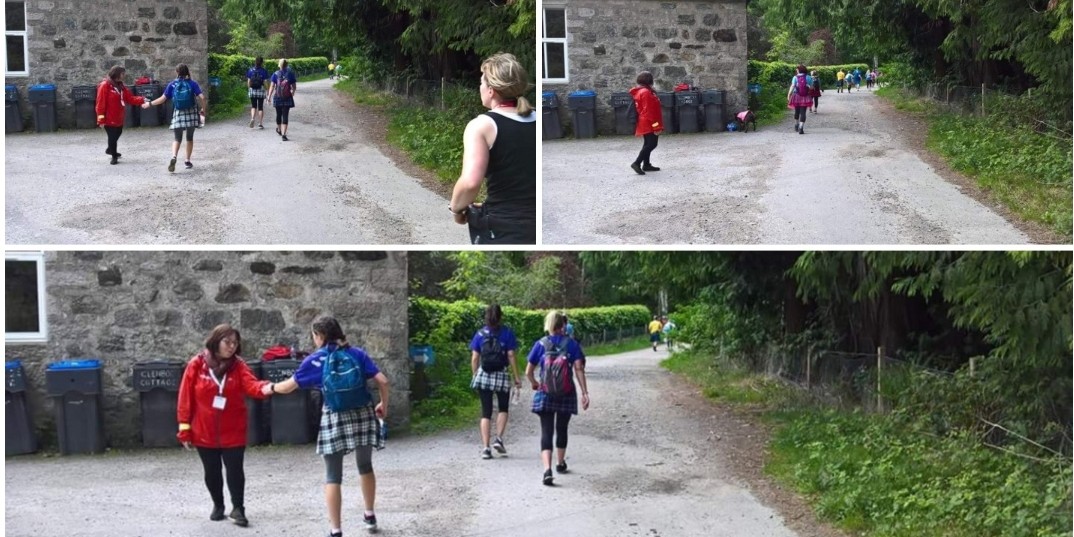 "I have made lots of friends through my voluntary work, given how isolating the pandemic had been, it was a great opportunity to meet with others and have a chat."

I asked her what she would like to do with the BetterPoints she has earned and won:

"I don't need to use the vouchers myself, so I'll be getting £5 supermarket vouchers and donating them to a charity that helps the homeless in my area."

Many thanks to Eve for taking the time to talk with us, and sharing her story with the BetterPoints community.